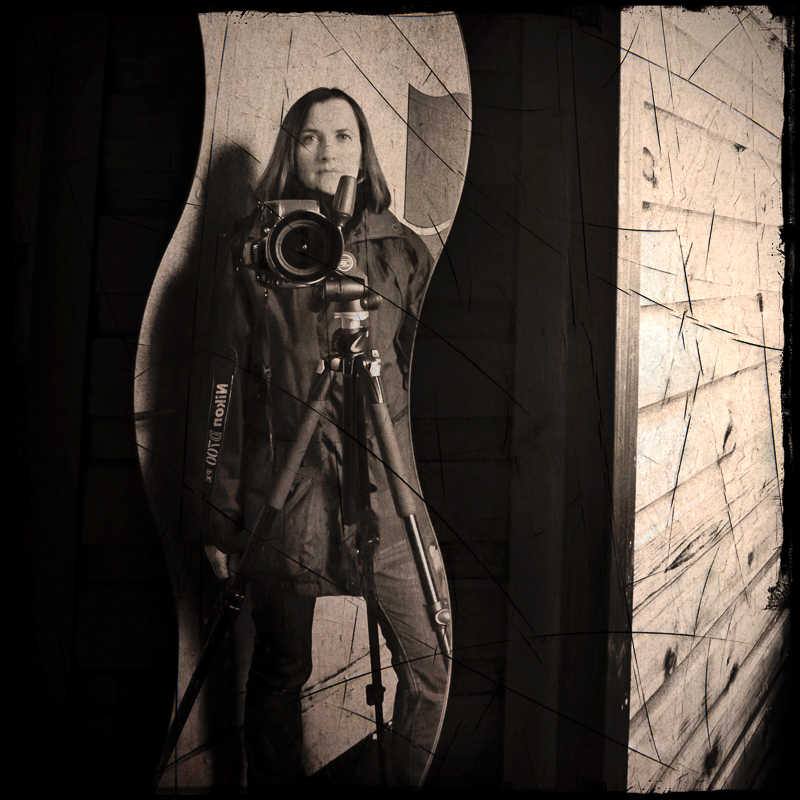 I am a self-taught Fine Art photographer, with a special fascination for small details, for lost, abandoned, poignant and generally broken objects, and also for darkness contrasting with light, both in a physical and emotional sense.

Many of my illustrative images simply evolve as I am working on them - I start off with a quite straightforward idea of what I want to achieve but am always willing to venture wherever the photograph wants me to go, as I overlay multiple images together or add textures, scanned documents as new layers, and subtle shading. Two photographs may blend together in a way that I could not have previously imagined, and this is one of the things that I find so exciting and all-consuming when I work, to produce a final image that perhaps a little bit different, that invokes emotion in the viewer and makes them question their sense of the world as they know it.

'Urban Exploration to Fine Art: A Photographic Journey'
'From iPhoneography to Photo Illustrations: My Continuing Journey'
'A Photographer's Perspective: My Life Through a Lens'
'The Joy of Seeing: Photography My Way'

Presentations for photographic societies and camera clubs, booking now for 2020-2021 and beyond.
A fully illustrated PDF of information on all lectures is available on request, please contact me via email.

Using Layers and Textures in Photoshop: A One Day Workshop with Viveca Koh FRPS
A tutorial workshop covering the specific techniques that I use to create my images in Photoshop